What it Actually Takes to Receive Money 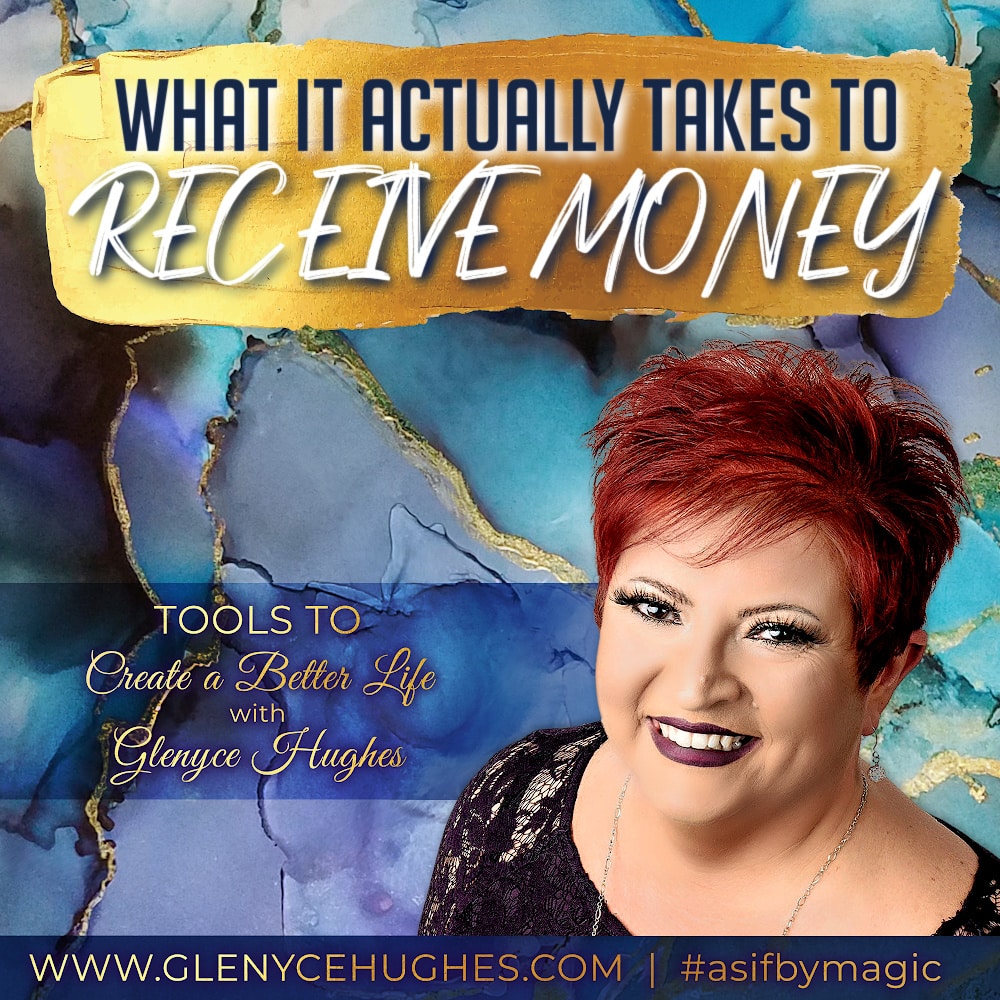 What can you do today to actualize it right away?

Money is something I talk about A LOT — be it in a radio show or in a program I’m currently offering. It’s because it wasn’t something that I had really much of. If I did, it came and went away really quickly. I was doing all the things (I mean, EVERYTHING) to receive money. Heck, I would’ve probably danced naked around a fire 4 times if somebody told me that would give me money!   And what did I find out, after all that? Tune in to this episode to know what it actually takes to receive all the money you desire! 💰

I also mentioned these money AWEsomeness I have going on:

We are indeed going in 2022 in the most money-magical way!

Don’t forget to #getyourbutttoFoundation — I have an Online Foundation coming up this December 2021 and would love for you to join us.

Also, you can now support the radio show by simply Buying Me a Coffee. How does it get any better than that?! I’m excited and would be so grateful to receive a cup of coffee from you, my sweet friend.

[00:00] Hello and welcome to Tools to Create a Better Life with myself, Glenyce Hughes. Thank you so much for being here. I am so incredibly grateful for you.

[00:14] This week, we are going to talk about money once again. Yes — what it actually takes to receive money. Now, why the heck do I talk about money so much? And it’s not just in radio shows — I know many of the programs and the offerings and everything that I have is about money.

It’s because it’s actually a sneaky way to get us to receive without really realizing that’s what we’re doing. Money, really, is all about receiving. The more money we are willing to receive, the more that we will actually receive.

[01:31] Many of you know, if you’ve been around here for a while, that money wasn’t something that I had really much of. If I did have it, it came in and it went away really, really quickly because I wasn’t willing to have it. What I was doing was trying everything, EVERYTHING, to have money, to receive money. I was doing all the things. ALL THE THINGS. I probably even would have danced naked around a fire four times if somebody told me that would give me money. Although, I’m sure I could have found somebody to pay me to do that but that’s a story for a different day.

[02:14] What did I find out though that actually takes to receive money?

[02:48] Now, the different part with this that I suggest, though, is to recognize that choice is a verb. Choice is something that you’re choosing. You’re doing something — it’s an action every 10 seconds. When I say it takes choosing it, if you would like to have money, you want to be choosing it. It’s looking at that, then: What can you choose today that would actualize the money you like right away? You know, a little question like that. You might want to ask that often.

[03:34] Here’s the thing — we’ll be really, really firm with this. It’s not just a “you might want to.” This is the one area that you really want to be looking at, because what you’re asking for is what’s showing up in your life.

When I talk about asking, that is every thought you think, every word you speak, in every energy you be, THAT IS HOW WE ASK. Yes, you might take five minutes every morning and have a list of things you’re asking for. But you might spend the rest of your day talking about how tough money is, how hard it is, and how you never have enough — those are asks too.

So when I talk about choosing money, you’ve got to be willing to at least be present and aware 50% of the time to where your energy is going. What are you actually asking for when you talk with a friend about how difficult money is your asking for that? That’s going to be what’s showing up in your life.

[04:35] If you don’t like what’s showing up — if you don’t have the money you would like, [it] requires then for you to be asking in a different way. You want to look at, “Okay, well, where am I asking for there not to be enough?” Possibly with friends and family when you’re talking about it. Possibly just in your own head when you’re thinking about it. You want to start turning those times into putting your energy into what you would like. Asking for what you would like. ASKING.

[05:06] Some of you are part of it already, some of you, maybe, haven’t heard of it yet. But I have this [program and] it’s called The Ultimate Toolkit to Manifesting Your Money Goal. This is really all about this where we’re taking all the pieces, from setting the goal all the way to actually manifesting it, to actualizing it — all the pieces. Choosing it every step of the way with all of these different ways. There’ll be a link somewhere [and] if you can’t find it, let me know and I’ll get it to you. It really is the magical Toolkit required to get you from your ask to the receiving of it.

[06:13] I also have the 2-part class coming up called Creating 2022 to Be Your Richest Year So Far. Yes — 2022 is all about receiving more money, and wealth, and cash than you’ve never imagined possible. I invite you to any of those things, guys. I’m so, so excited for what we’re creating already.

[06:40] Back to asking. A lot of times when people hear about this, they go into the wrongness of them. “If what I’m asking for is what’s showing up, then I’m obviously asking wrong” or “I’m bad” or “I don’t know how to do this.” That’s where you want to just, again, stop. Stop, make a different choice.

Instead of going into the judgment of you, you can turn that into: What can I be and do different today to actualize what I’m asking for right away? How could I ask for what I would like more often than ask for what isn’t working?

I’m just using the percentage of 50% because, in my own experience, I do not do it 100% of the time. And yet, what I’m asking for shows up probably 90% of the time. So, I know for sure it doesn’t have to be 100% of the time, but you do want to be taking action and stopping yourself when you know that you’re in that limitation when you’re asking for what you don’t really desire. You want to stop, and then you want to turn it into what you are asking for.

[08:14] This is where I use the I wonder energy. Just wonder, like, when I catch myself going, “Oh, this is too hard and it won’t happen” and “It can’t happen for me” or whatever insanity-limitations I’m using.

[08:48] Like, just change it into that, because do you notice the difference of like, that gets really exciting, and yummy, and expansive, and you just want to be in that energy more than “It’s so hard” and “I can’t do it.” That’s not fun. That yumminess, that expansiveness  — that’s what I use I wonder for. I love to I wonder… all the time because it gets me out of the energy of not what I’d like [but] into the energy of more of what I’d like without any conclusion.

[10:13] A question from Access Consciousness: What energy, space, consciousness, choice, magic, miracles, mysteries, and possibilities can us and our bodies be to be the infinite receiving that we truly be? Anything that doesn’t allow that to show up as if by magic, we destroy and uncreate it all. Right, wrong, good, bad, all-nine, POD, POC, shorts, boys, and beyonds?

Have a fabulous week sweet friends and I look forward to chatting again next week.

[AUDIO] All About the Choice

[VIDEO] The Art of Choice

Creating 2022 to Be Your Richest Year So Far #asifbymagic