Tools to Stop Being Controlled 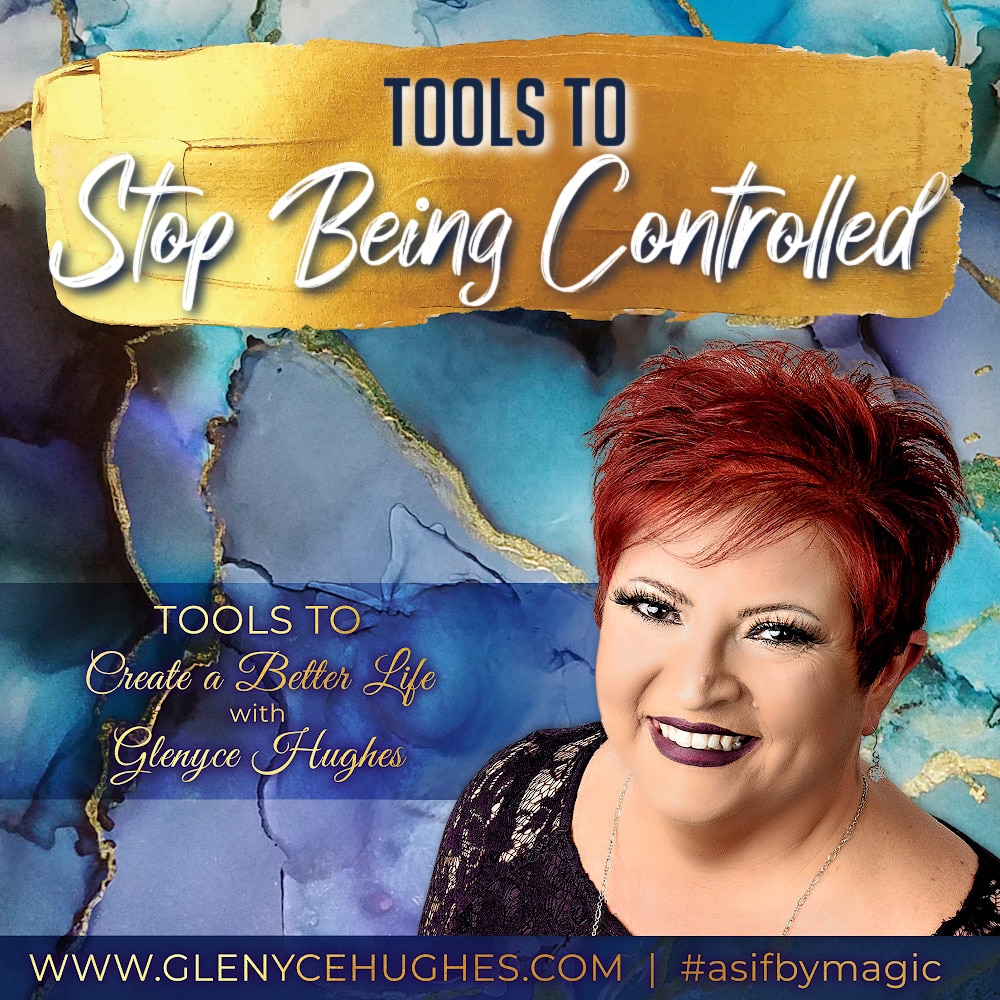 Are you letting people’s judgment control you?

When people judge you, they’re attempting to control you. Will you let these judgments dictate your actions, or do you want to be the one truly creating the life and living you desire? Tune in to this episode to know more about breaking free from control with the help of these magical tools from Access Consciousness.®

If you, maybe as a child, were misbehaving at a family, friend’s house and your mum looked at you and just gave you “the look,” you know, the look, that’s a way to control you. She didn’t even need to use words. Now, maybe that didn’t happen in your house, but that’s what I’m talking about. It’s where people will use judgment to control us so that we stop doing what we’re doing.

[00:00:58] The first tool with regards to stop being controlled is to have no point of view about being judged. I know that this is a big one for people. I know because it’s been a big one for me. It’s way better — I’m willing to receive way more judgment than ever before and still, there’s times.

[00:01:22] What you want to look at is one, what is the judgment? What is it that when you either go into judgment of the person because of what they’re judging you for, or like… what exactly is it?

You don’t even have to say it out loud. In fact, a lot of times it’s better if you don’t, if you just say it within your own head to yourself about whatever it is.

[00:02:04] Let’s use an example. Let’s say that you are… let’s say you put a TikTok on—you put a video on TikTok. You get a comment that you don’t look good. Yes, this happened recently. I don’t mean “look” good into like, in terms of unhealthy. The person didn’t like my makeup look.

I could be controlled by that and go, “Okay, well, then I need to wear less. I need to stop being too much with it.” I could do that and believe me, I have done that before way too many times to count, but that’s one choice. I mean, we’ve got billions of choices and that’s one choice.

[00:02:51] Now, we’re going to use this tool and exactly what I did when I read it, because there was a bit of a *ugh* in there, but that *ugh* is reminding me I have a choice. I can allow myself to be controlled in that moment or I can use the tool.

I don’t mean I’m saying it constantly on the thing for all that time. It’s just you want to recognize sometimes, it’ll change it in that moment and there might be other aspects down the road where you want to run it again. Maybe some other part of it has come up or something like that.

[00:04:29] It was year—well, I don’t even remember when it was. A few years ago, I believe. I had a woman just private message me and talk about the vibrancy of the clothes and the makeup that I wear.

What she said is something like, I don’t remember the exact words, but something like, “You’re not being you with all of that.” there’s a lot of things that she said and when I first read it, it was just like, “Wow… This is so not okay.” I don’t mean the judgment to me, but it was so much body shaming.

Same as this other gal’s comment on TikTok is, “You’re wrong in how you look.” It’s never okay to comment on somebody’s body. Just a little FYI guys. Never okay. Ever. I probably shouldn’t have to say that, but anyway, there we go.

[00:05:28] The other thing you really want to be aware of, and this would be tool number two although they’re never in any sort of order, we are only victims if we allow ourselves to be. If somebody is attempting to control you, you have a choice not to be controlled.

[00:05:47] I say that really, really vaguely. I realized that there are some people in some situations that require extra assistance or require intervention or police or all those things. I’m not stupid. I am aware of this and you want to recognize, even if you’re in those situations, what else is possible? What action can you take? Who can you talk to? Where can you go? What can you do? Like, really, really looking at that. That’s to that really extreme stuff.

[00:06:53] If you’re looking at, “Okay, how can I get this person to stop controlling me?” Look at what’s the value of allowing them to control you. You’re giving it up. You’re handling your power over. There’s something else going on. It could be that that’s what you were taught to do. It could be that that’s what your family did. I mean, there’s billions of things. It doesn’t matter what it is, but you do want to ask yourself what the value is so that you can then change it.

[00:07:38] Of course, the Pool Party Bars & Foundation in early July 2022. [We] usually have them every July so if you can get here in person, pack your swimsuits. Come and play, otherwise you can join us online. Yes! Online.

[00:07:53] Also, Business Done Different — beginning of August. Well, actually, end of July. July 30th, 31st ,and August 1st. Bring your swimsuit, guys. We’re going to do it both, same thing, in-person and online. If you can get here, come and play. We’ll swim and after class. If you’re able to join us online, that’s awesome, too.

Again, you’ll find the links above or below. If you’ve got any questions about those, just let me know.

[00:08:22] Tool number three is a little bit of a different tool. It sounds funny to most. It’s a magical tool that you can use on anything.

What energy, space, consciousness, choice, magic, miracles, mysteries, possibilities, power, and potency can you and your body be to be out of control, out of definition, out of limitation, out of form, structure, significance, out of linearities and other concentricities with total ease for all eternity? Anything that doesn’t allow that to show up as if by magic, will you destroy and uncreate it all? Right, wrong, good, bad, all-9, POD, POC, shorts, boys, POVADs and beyonds.

That’s the Access Consciousness® Clearing Statement at the end. [Go to] www.theclearingstatement.com for more information. It’s like magic, guys. The more that you run that, the more out of control you will be, which means nobody and nothing can control you.

[00:10:25] Thank you so much for joining me today. I am so incredibly grateful for each and every one of you. I wonder what magic is possible now that has never been possible before? I look forward to chatting again next week.